Yamin Ma
Ms. Yamin Ma is Head of Chinese at Island School. She received her M.Ed. in Curriculum Design and Instruction from Queen’s University, Canada. Since 1995, she has taught Chinese at I/GCSE, A/AS and IB B levels to students from near-native to non-background. Ms. Yamin Ma has extensive experience of teaching Chinese to both primary and secondary level students and has run many workshops for teachers in the same field. Ms. Yamin Ma is the author of “Chinese Made Easy” and “Easy Steps to Chinese” series. 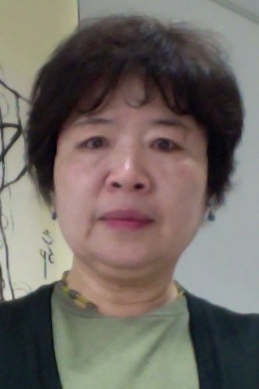 Xiaochuan Lin
Lin Xiaochuan currently teaching MYP and DP Chinese, while serving as the head of language acquisition department at the Chadwick International school in South Korea. Her international school teaching experience has spanned for the past 20 years, when she taught in Tanglin Trust School, Overseas Family School in Singapore and the British School of Manila before the Chadwick International. Her teaching committed to cultivating her students’ creative and critical minds through relevant, meaningful and challenging learning experience.
She has become an IBDP workshop leader in 2010, and has successfully facilitated both Chinese Ab Initio and Chinese B workshops since. Implementing MYP the new chapter in the last three years, she has been devoting her time and energy to explore the concept driven and inquiry based approach to the Chinese language acquisition.
Lin Xiao chuan graduated from Fujian Teachers’ university with major in Chinese language and literature and she taught Chinese at a teachers’ college in Fujian for 9 years. After obtaining her Master of Applied linguistic from Macquarie University in Australia in 1996, she started teaching Chinese as a second/foreign language to international students.

牛毅 Peter Niu Yi
牛毅, 在北美、香港和中国大陆地区多所学校有逾十年教授儿童和成人的语言教学经验。他常年活跃在各地区性教学研讨会并担任主讲人。作为教育科技产品的极客，他喜于钻研并亲自投身尝试最新产品的研发，同时他在教学中极力推广哈佛大学教育学院的可视化思维模式。
牛老师毕业于香港理工大学对外汉语硕士专业并持有香港大学学位教师教育文凭证书。现就职于香港汉基国际学校并教授MYP、DP课程以及担任中国体验项目（昆明地区）负责人一职。
他是业界即将出版的第一本MYP中文教材《MYP语言和文学》合著人之一，同时也是香港橙新闻及科技杂志《今日校园》撰稿人。2014年他带领学生在耶魯大學夺取世界学者杯国际总决赛团体总冠军。他曾任香港经纬青年商会董事兼财务长并在香港大学、港澳办、统战部等任客座嘉宾。
Niu Yi has had more than ten years experience in teaching languages to kids and adults around the world, including North America, Hong Kong and Mainland China. He has actively contributed to academic workshops as a leader and a speaker. As a passionate geek of educational technology, he has delved into and fully devoted himself to the development of new technological products that can be used in the classroom; meanwhile, he experiments with and promotes the Visible Thinking program pioneered by the Harvard Graduate School of Education.
Mr. Niu graduated from Hong Kong Polytechnic University with a Master Degree in Teaching Chinese as a Foreign Language followed by a PGDE degree from Hong Kong University. After having completed the degrees, Mr. Niu begun to work at the Chinese International School of Hong Kong, teaching the MYP and DP courses at a variety of levels. For many years, he has coordinated the China Experience Program in Kunming, China.
Mr. Niu is the co-author of the first MYP Chinese course book entitled MYP Language and Literature, which will be published late this year. In addition to this, Mr. Niu writes articles for publications such as Orange News and E-Campus Today. In 2014, he organized and led students to participate in the World Scholar Cup and won the Team Championship in the final round in Yale University. As the Treasurer and board member in Junior Chamber International Queensway Hong Kong, he has been the guest speaker at various events organized by Hong Kong University, Hong Kong and Macao Affairs Office, The United Front Work Department (UFWD) etc. Marphy Cai
Ph.d of Drama and Theatre in Education, The University of Warwick
Marphy Cai is the founder of Marphy’s Play House. She had Master degree of Drama and Theatre in Education at The University of Warwick, and then continue her Ph.d study in Warwick University. Her research focus on drama and language development in Chinese context. She did TiE workshop in IDEA, France. This project is called the Coldest War and explored history through drama. She also had presentation in IDIERI, Singapore, addressed how to combine drama and story to benefit children’s language development. 鄒蕙蘭 Lanny Tsou, BA MED
Deputy Head of Chinese Faculty & NCS Chinese Coordinator
Ms. Tsou is originally a Chinese teacher from Taiwan, and now works as the Deputy Head of Chinese Faculty & NCS Chinese Coordinator at Creative Secondary School. She is an experienced educator and has previously teaching experience in Taiwan. She obtained a diploma from the Department of News Editing and Reporting from The World College of Journalism (Shih Hsin University). She received a certificate from the Taipei Language Institute Center for Teacher Chinese as a Second Language in 2006. She also holds a Bachelor degree of Chinese Language and Literature, and has a Master degree of Teaching Chinese as a Second language from the University of Hong Kong. Her research area focuses on the teaching strategy and curriculum designing for the Second Language. She held many workshops for teachers and students from local secondary schools and the University of Hong Kong in recent years. Meanwhile she maintains her appointed position as an IB Chinese examiner.